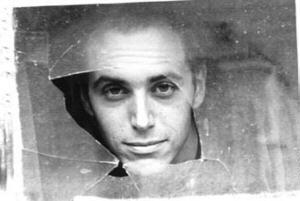 I woke up far too early this morning, my head swimming withinformation. Not about anything in particular, just information. Webster's defines "information" as, "\in-fo-may-shun\."

That's it.That's all it says.
At least that's as much as I'm going to copy, becauseI suddenly realized that it isn't even 10 am yet and already I'm crammingmore information (see above) into my already overloaded system.

This is, after all, the Information Age that we are living in, calledsuch because of the vast quantities of information out there. And by "outthere", I mean "known by people other than you."

The squid travels by jet propulsion. 76% of the American voters wantRoss Perot as their next president. The average burglary takes only threeminutes.

I first started to notice how much Information I had coursing through myveins yesterday afternoon. I was listening to All Things Considered onthe radio while reading the paper, watching TV, surfing the Web and doinga Seek-A-Word puzzle. The radio news report featured a man who wasdescribing the problem modern people are facing with all the informationavailable to them.

Gorillas are vegetarians. They beat their chests not as a sign ofaggression, but to relieve tension. Your body secretes more earwax whenyou're afraid.

According to the radio guy, one issue of the Sunday New York Timescontains more information than a person living in the Seventeenth Centurywould come across in a lifetime. Also, he said, there are one thousandnew books published every day.

Chickens can't see in the dark. Coca-Cola is the world's most widelysold product. Alligators hibernate. There are about 550 hairs in oneeyebrow.

The man on the radio said that the best thing for humans to do is to bevery selective in their incoming information. We must learn to ignorecertain things, even if we find them interesting. I took his advice rightaway by ignoring his name, which is why I keep calling him the radio guy.

There is no rice in rice paper. The average clothes iron lasts sevenyears. All cats walk on their toes.

Otherwise, the radio guy said, if we don't start using some discretion,we are likely to fall victim to... (Note: Again, I took his adviceimmediately, using so much discretion that I hardly listened to what hesaid next. Plus, I had just found the last Seek-A-Word clue and was alittle distracted)...

...Too Much Information Syndrome, or something like that. Or maybe itwas Information Overload Syndrome. Whatever, I'm sure he said it was a"syndrome." I'm always on the lookout for a good syndrome, as beingvictim of a syndrome can be one of the best excuses a man can have foralmost any situation. It beats a "condition" hands down.

Shoelaces were invented in 1772 in England. Every state in America hasat least one chili cook-off. The Germans invented cannon balls.

Some of the known side effects of this syndrome, according to the radioguy, include the random spewing of unrelated trivia, fixation withexcuses and a total inability to hold a thought for longer than, uh...didI mention the trivia part yet?

The nose length of the female flight attendant averages 2.18 inches.Icelandic is the oldest living language.. An Oligochae-telogist studiesearthworms.

So, fellow syndrome seekers, this could be your ticket to ride. Crank upthat talk radio station, turn on that TV, whip out that fashion magazine,open that dictionary back up...let the Syndrome begin.

In Sweden, apples weigh as much as two pounds.

And when your employer calls to ask why you aren't at work, just take adeep breath and tell her that you have a syndrome, and that an insect canmake its heart beat backwards, almost every language understands the word"bomb," and Napoleon had hemorrhoids.

"Barry Smith is a weekly columnist for The Aspen Times.
He still believes that the Revolution will not be televised, however, hefeels that it will soon be available on a 2 CD ROM set requiring Mac System7+ and at least 16 megs of RAM."
Barry's Funny Web Site
Send Some Mail To Barry Smith at barry(at)barrysmith.com !!
Take The Taxi Quiz